How does an EV car catch fire? – The process

How does an EV car catch fire? – The process 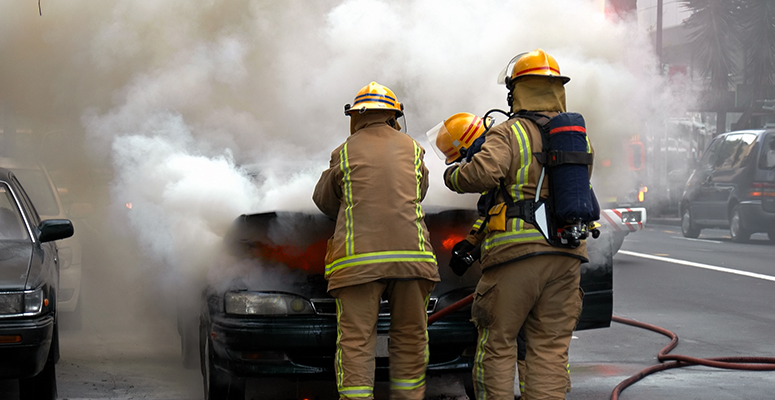 According to the London-based sustainability consultancy firm ERM for the Environmental Defense Fund, the Automotive sector worldwide will spend more than half a trillion dollars to develop new electric vehicles the coming years. In the US alone, 13 carmakers have announced plans to spend more than $75 billion to open electric vehicle manufacturing plants in six states.

In terms of the environment, these numbers are obviously great. But a rise in electric vehicles also comes with certain risks. For example, what happens when an EV car catches fire?

How does an EV car catch fire?

Even though data shows that EV car fires are more rare than regular car fires, EV cars burn hotter and for a longer period. But how does an EV car catch fire exactly? Electric vehicles are powered by a battery that needs to be charged every now and then. Most electric vehicle fires emerge when the battery is loading. When a cell of the battery overheats, it can enter a process called ‘thermal runaway’. This basically means that the cells keep making themselves hotter and hotter, very quickly. They ignite the other cells in the battery, making the whole battery catch fire. Lithium batteries can even reignite after they’ve been put out.

What is a lithium battery?

A lithium-ion (Li-ion) battery is an advanced battery technology that uses lithium ions as a key component of its electrochemistry. Lithium batteries are often used in electric vehicles, mainly because of its high energy density and long life. But despite their technological promise, lithium batteries still have a number of shortcomings, particularly with regards to safety. The batteries have a tendency to overheat, and can cause health problems when toxic gasses are released.

Why is water not enough to put out an EV car fire?

Like we said before, when a cell of a lithium battery overheats, the whole battery catches fire eventually. Once a lithium battery is on fire, it is very hard to put out. This is because Lithium ion batteries react fierce to water. It will take hours, maybe even days, to put out the battery with just water. In the meantime, dangerous toxic gasses from the battery can cause health problems to people near the fire. That is why using just water is simply not the solution.

After years of experience in the safety sector, we came up with the Fire Isolator concept. This concept, that has been tested frequently by us and our dealers, helps you control EV car fires effectively. Interested in our fast growing concept? Read more about our key products here.